By Paul Chavez For Dailymail.com

Dua Lipa and Lena Dunham dished about flirting with celebrities via social media on Monday’s episode of Watch What Happens Live.

The 24-year-old English singer and Lena, 33, made the revelations while playing a game with host Andy Cohen, 51, during the at-home edition of the Bravo talk show.

Andy asked them if they had ‘ever slid into another celebrity’s DMs for some light flirting’ on social media.

Hit album: Dua Lipa dished about how she flirted with her boyfriend Anwar Hadid on social medial during an appearance on Monday’s episode of Watch What Happens Live on Bravo

Dua who participated from London and Lena from California both answered yes and Andy offered ‘bonus points’ if either of them would identify the celebrity.

Andy asked if she got a response and the Girls creator said she only got a ‘cozy’ one.

‘I have a confession to make and mine was my boyfriend, so my current boyfriend,’ Dua said referencing Anwar Hadid, 20. 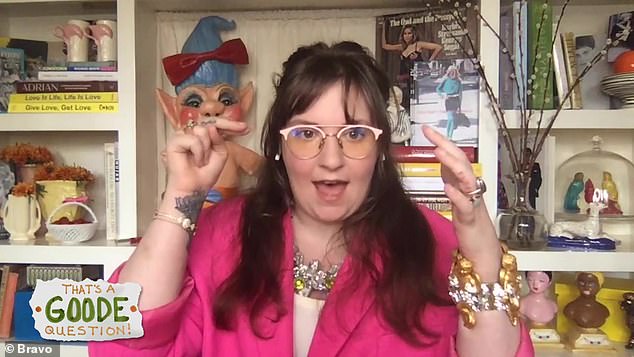 Andy asked if that’s how their relationship started and Dua shared that they actually met at a barbecue before it carried on in direct messages on social media.

Dua and Anwar, who is the son of reality star Yolanda Hadid and brother to models Gigi and Bella Hadid, have been quarantining together in London. 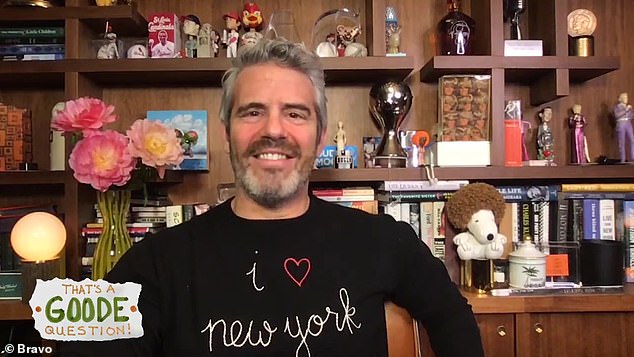 The host: Andy Cohen hosted the Bravo show from his home in New York, while Dua was in London and Lena was in California

Andy asked if she knew the release date for the deluxe edition of Future Nostalgia and Dua said she did, but wasn’t ready to divulge it.

Dua recorded songs with Miley Cyrus, 27, and Normani, 23, that did not make Future Nostalgia and Andy asked if they would be on the deluxe edition.

The New Rules singer said the song with Miley didn’t work out, but they both want to get in the studio to do something different. 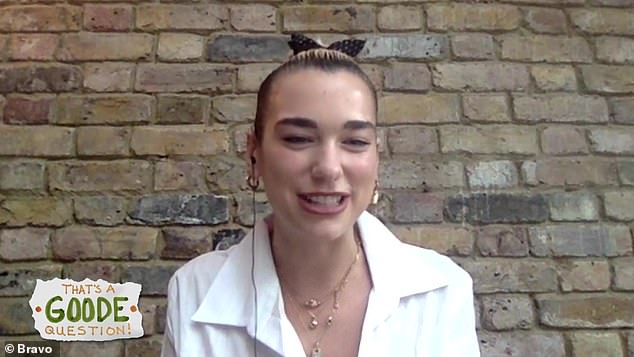 Deluxe edition: Dua said she knew when the deluxe edition of her hit album Future Nostalgia would be released, but declined to divulge details

‘Hopefully we’ll do something, I guess, once quarantine is over and we all can hang out again,’ Dua said.

‘The one with Normani you might hear soon,’ she teased.

Lena offered to collaborate on a comedic remix of of Dua’s hit song Don’t Start Now with more specific lyrics. 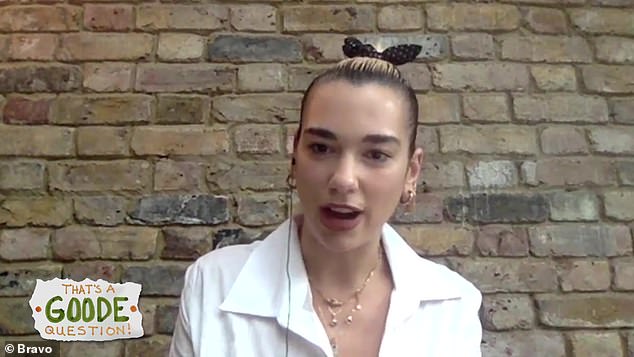