Celebrities with talents are using their time in self-isolation to tutor the nation’s locked-down children.

Body Coach Joe Wicks pitched early, vowing last week to get the country’s schoolchildren active with 9am daily physical education lessons, after it was announced that schools were closing.

Around two million people worldwide tuned in to his first work-out yesterday in which he offered a 30-minute routine using kid-friendly exercises including ‘the frog’, ‘mummy kicks’ and ‘climbing the rope’.

Scroll down for video

The first big name to offer locked-down children online lessons was Body Coach star Joe Wicks. The 33-year-old is broadcasting live to schoolchildren at 9am and has seen millions tuning in for the kid-friendly work-outs 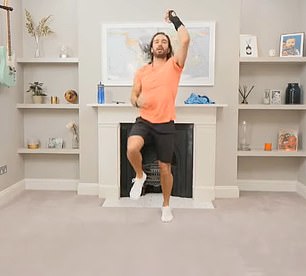 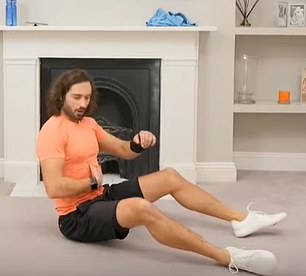 Joe Wicks has been offering his work-outs from a room in his home in South West London, with exercises including ‘the frog’, ‘mummy kicks’ and ‘climbing the rope’

And, after plans for lock-down were announced by prime minister Boris Johnson last night, more celebrities have jumped on the homeschooling bandwagon.

Among those showing off their skill-set is television star Myleene Klass, who’s been broadcasting music lessons – Myleene’s Music Klass – from her kitchen, with her daughters, Hero, eight, and Ava, 12, on hand to help explain the difference between a semi-quaver and a crochet.

She told her 317,000 followers: ‘I’m so proud to be able to help teach in these testing times. You don’t need to have an instrument to take part. (I will tailor-make lessons for those who do play instruments).

‘In the mean time, pop me in your timetable: Monday and Fridays at 10am and on Weds at 6.30, lullabies for you little ones.’ 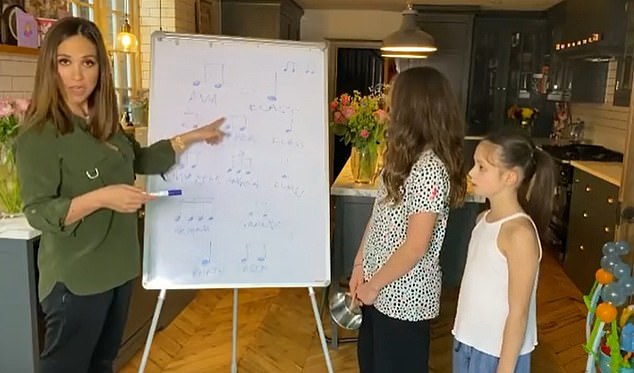 ‘Pop me on your timetable’: Myleene’s Music Klass sees the television presenter, 41, broadcasting YouTube music lessons, with the help of her daughters, Hero, eight, and Ava, 12 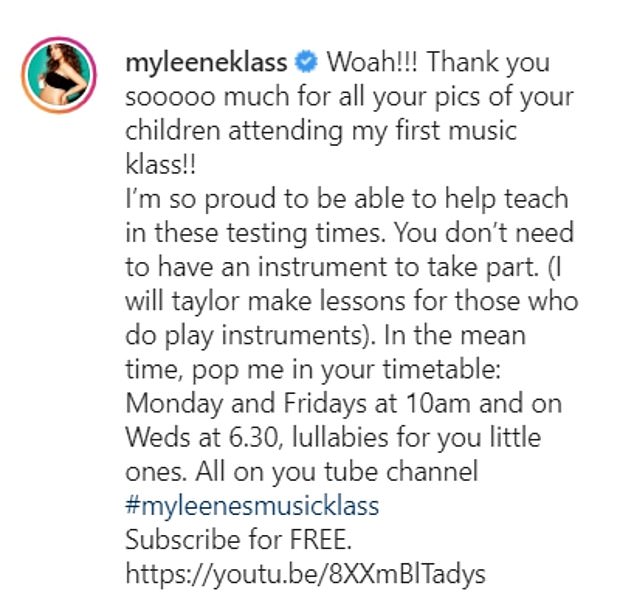 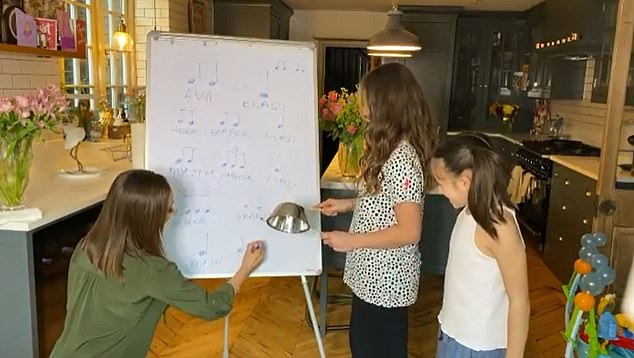 Meanwhile, Countryfile star Chris Packham has taken the helm with all things wildlife, posting a daily digest from the New Forest.

This morning’s episode saw the popular presenter highlighting piles of badger poo as he reported solo from the Hampshire countryside much to the delight of wildlife fans around the globe. 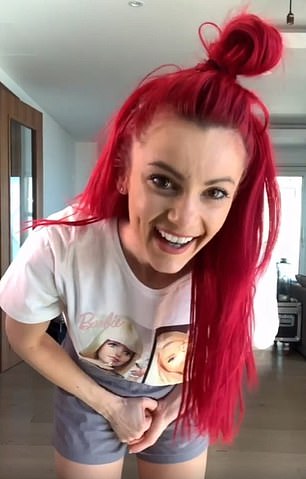 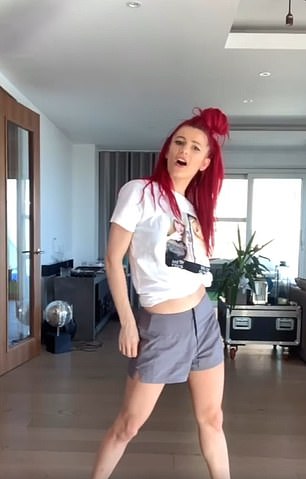 Carol Vorderman’s online maths programme, The Maths Factor, has received a deluge of new sign-ups after the former Countdown star made the subscription service free while children aren’t at school.

She told her 429,000 followers on Twitter: ‘My maths school is usually about £2 a week. I want to help so it’s now FREE for children age 4-11 until schools open. We’re uploading massive server capabilities, pls bear with us.’ 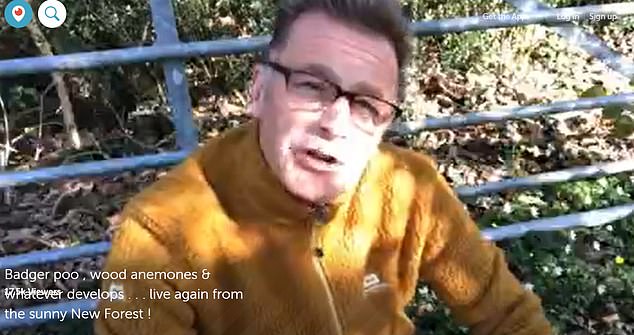 If you go down to the woods…Countryfile star has been filming daily digests from the New Forest, which fans from across the globe have been raving about 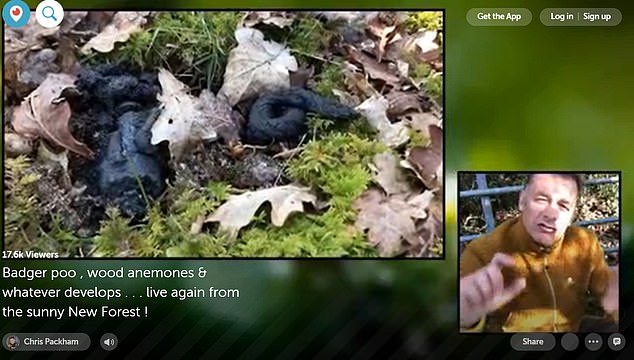 Is that a badger poo? Packham’s latest live class gave a detailed description of feaces he’d found in the Hampshire countryside

Strictly Come Dancing star Dianne Buswell is also imparting the moves she shows on a weekly basis when the BBC show airs, giving short tutorials, often with a cameo by boyfriend Joe Sugg, on popular routines.

And Little Britain star turned author David Walliams, who enjoys huge popularity with schoolchildren thanks to bestsellers including Gangsta Granny, Mr Stink and Fing is giving homeschooling parents a treat by reading extracts from his famous books every day at 11am. 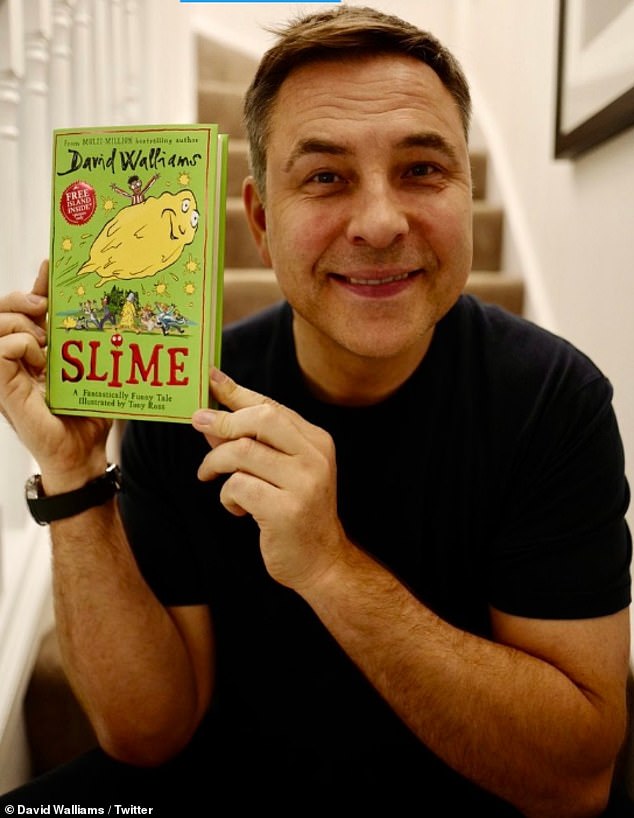 He’d be a great English teacher! David Walliams is reading 20-minute extracts from his hugely popular books, much to the delight of schoolchildren around the globe

While helping out parents struggling to help homeschool their children has the feel-good factor, it could also prove lucrative to celebrities when the coronavirus pandemic is over.

Brand and popular culture expert Nick Ede told FEMAIL: ‘The lock-down lessons that celebrities are offering for children is a great initiative and while they are currently free they are engaging new audiences, teaching new skills and creating an massive online community and increasing following.

He adds: ‘Once this pandemic has passed and things are back to normal the revolution of online classes from celebrities will see them able to monetise them and bring in a new revenue stream that prior to this pandemic they may not have been able to do.

‘Using their skills to promote free classes for those who are I stuck at home is a really great way of supporting people they may not have even engaged with before.’