All over the world on 8 March people will be celebrating International Women’s Day.

It’s marked every year and is a chance to celebrate the amazing achievements of women in everything from sport to politics.

One goal is to promote equality between men and women, while it is also an opportunity to celebrate some of the incredible women who inspire people everyday.

Most said that women in their families inspired them most of all.

But there may be a couple of women mentioned who you might not have heard of.

Whoopi Goldberg is an American actor, comedian and author. She’s been nominated for 13 Emmy Awards and is one of the few entertainers to have won an Emmy, Grammy, Academy and Tony Award.

Janet Mock is an American writer, television presenter and equalities activist and Beanie Feldstein is an actress.

Gloria Steinem is an activist, feminist and journalist who helped set up the Women’s Media Centre which works to make women visible and powerful in the media.

Tarana Burke is a campaigner who works to empower females and to keep women and girls safe from abuse. 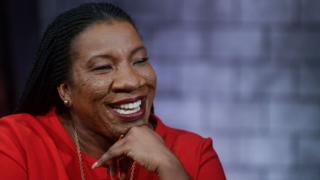 International Women’s Day is marked in lots of different ways too; from rallies to concerts and from festivals to fun runs.

In some countries, where it’s an official holiday, it’s traditional for men to give their mums, wives, girlfriends and colleagues flowers and small gifts.