MANILA, Philippines – On the day the Philippines’ coronavirus cases breached 40,000, and despite objections from various sectors and citizens, President Rodrigo Duterte signed the anti-terror bill into law on Friday, July 3.

Many Filipinos have consistently spoken out against it on the internet and even on the streets since it hurdled Congress in June. The hashtag #JunkTerrorBill has been seen in usernames and Twitter posts, and protests against the bill were held in Cebu on June 5, in Metro Manila on Independence Day, and at a Pride march on June 26.

Shortly after the bill was signed into law, netizens – including celebrities – took to the internet to speak up against a measure that many fear could be weaponized against anyone who opposes the administration.

Retweeting the news from ABS-CBN, director Dan Villegas was at a loss for words, only saying “WTF.”

Director Antoinette Jadaone could also only say “Hay Pilipinas,” but she retweeted several tweets against the law, now officially known as Republic Act No. 11479.

Musician Johnoy Danao said “Gago lang talaga, ano?” and expressed his fear over the move, but said “mas lalong dapat manindigan (all the more we have to fight).”

Shortly after the news broke, actress Gabbi Garcia tweeted a meme of a woman with mascara running all over her face from crying. While she didn’t directly reference the news, in a following tweet, she said “3rd day palang ng July ano na 2020,” with the upside-down smiley emoji.

Writer and spoken word artist Juan Miguel Severo retweeted the news from Rappler, and in a following tweet that can only be taken as sarcasm said “Grabe (wow) this government is the best. It’s priorities?”

He also retweeted a post promoting a nonprofit group that provides free legal counsel to people who need it.

Grabe this government is the best. Its priorities?

IV of Spades frontman Zild Benitez was hopeful in his tweet, saying “hindi pa tayo tapos. magpakatatag (We’re not done yet. Stay strong).” In another tweet, he said that it’s okay to feel anger now.

“Magalit ka. Magagamit rin natin ‘to (Get angry. We’ll be able to use this),” he said

Zild’s bandmate, IV of Spades guitarist Blaster Silonga did not hold back, saying “Dear Rodrigo Duterte, May pakialam ka ba talaga sa amin (do you really care about us)?”

He later said “Bring down the government. They don’t speak for us.”

Bring down the goverment
They don’t speak for us

On her Instagram stories, Isabelle Daza shared a post on the signing, adding two crying emojis. She also shared a quote from Martin Niemöller, a pastor who stood in opposition to the Nazis in the 1930s. 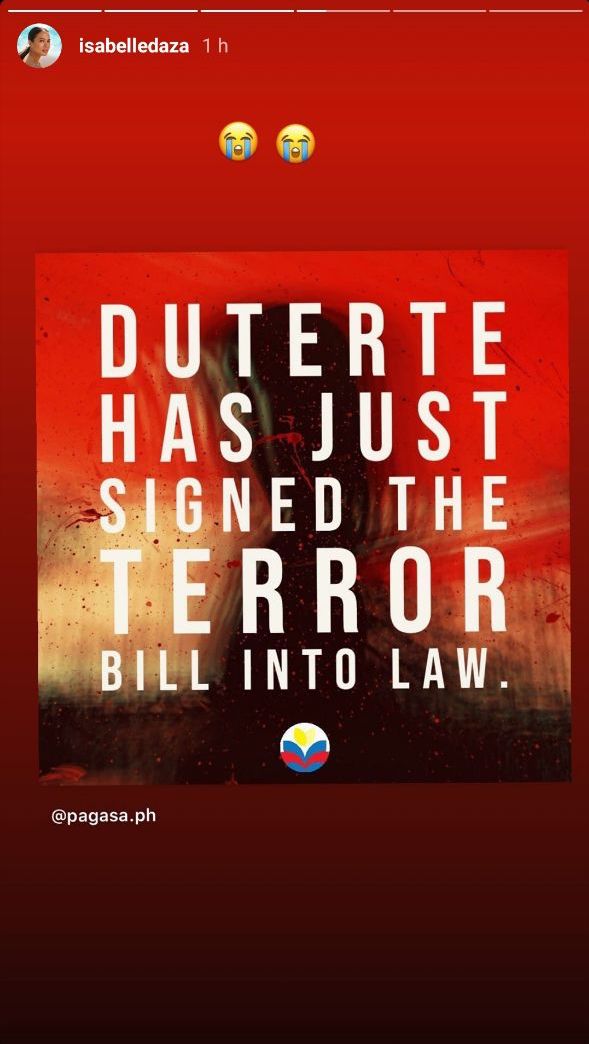 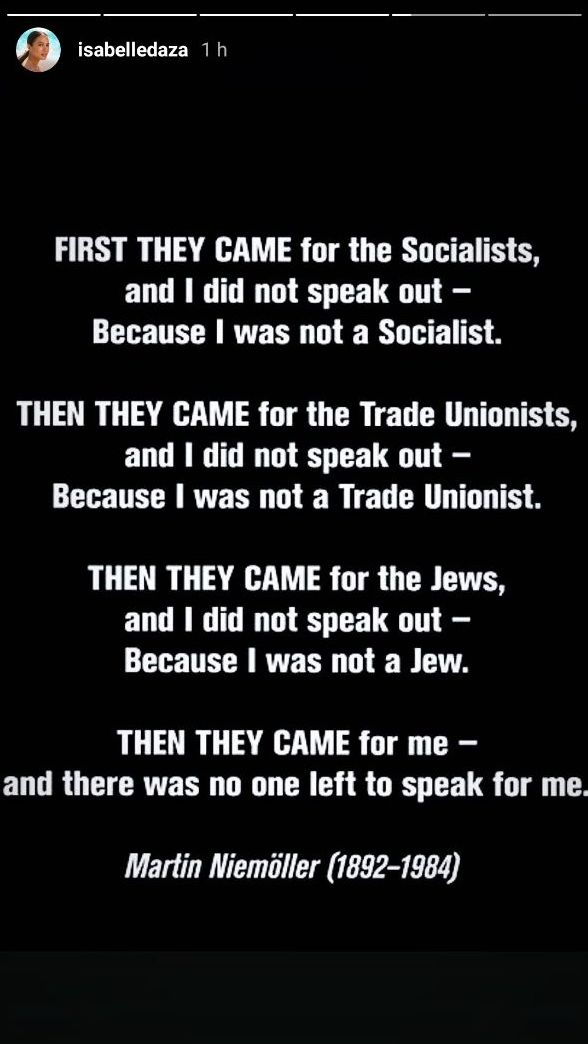 Drag queen Kyne of Canada’s Drag Race tweeted information about the anti-terror law and said “The fact that my biggest problem right now is hate mail is an incredible privilege for me. Because Filipinos back home are about to lose their freedom of speech. This bill is a violation of human rights.”

She also tweeted a link to a petition to junk the measure.

The fact that my biggest problem right now is hate mail is an incredible privilege for me. Because Filipinos back home are about to lose their freedom of speech. This bill is a violation of human rights.#JunkTerrorBill #OUSTDUTERTENOW pic.twitter.com/9B42XDIVDG 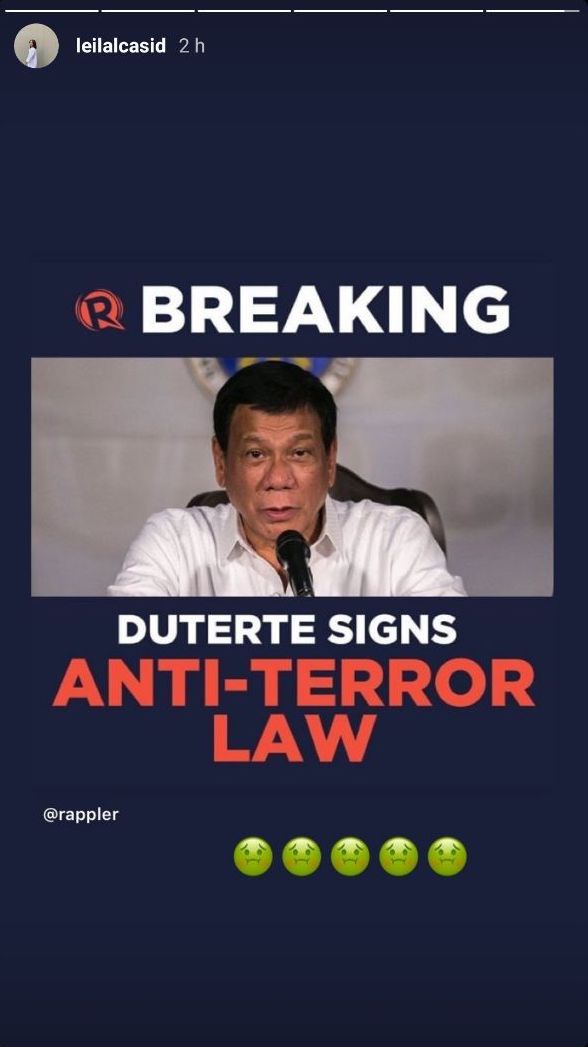 The signing of the bill into law comes a day after the Bangsamoro government appealed to the President to veto the bill, fearing that it may lead to more discrimination of Mindanaoan Muslims.

The bill, advocated by many retired generals who are part of Duterte’s Cabinet, has been criticized by law experts for its vague definition of terrorism, which could be abused by the Anti-Terrorism Council, composed of Cabinet officials. (READ: ‘Terror law’: The pet bill of the generals)

According to Malacañang, “The signing of the aforesaid law demonstrates our serious commitment to stamp out terrorism, which has long plagued the country and has caused unimaginable grief and horror to many of our people.”

On June 29, 4 soldiers doing anti-terror intelligence operations were killed by police in Jolo, Sulu. Duterte is set to meet both police and military officials over the incident. – Rappler.com