You have run out of free articles. You can support our newsroom by joining at our lowest rate!

Thanks for being a subscriber. 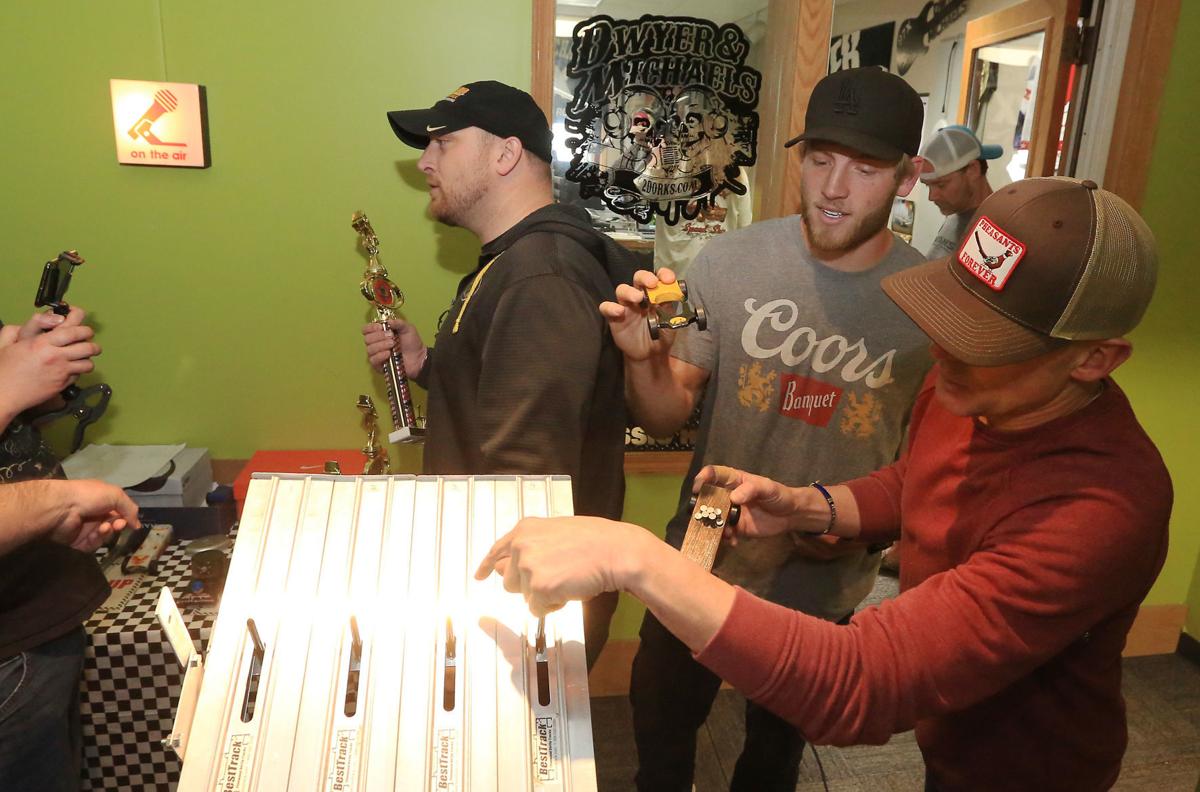 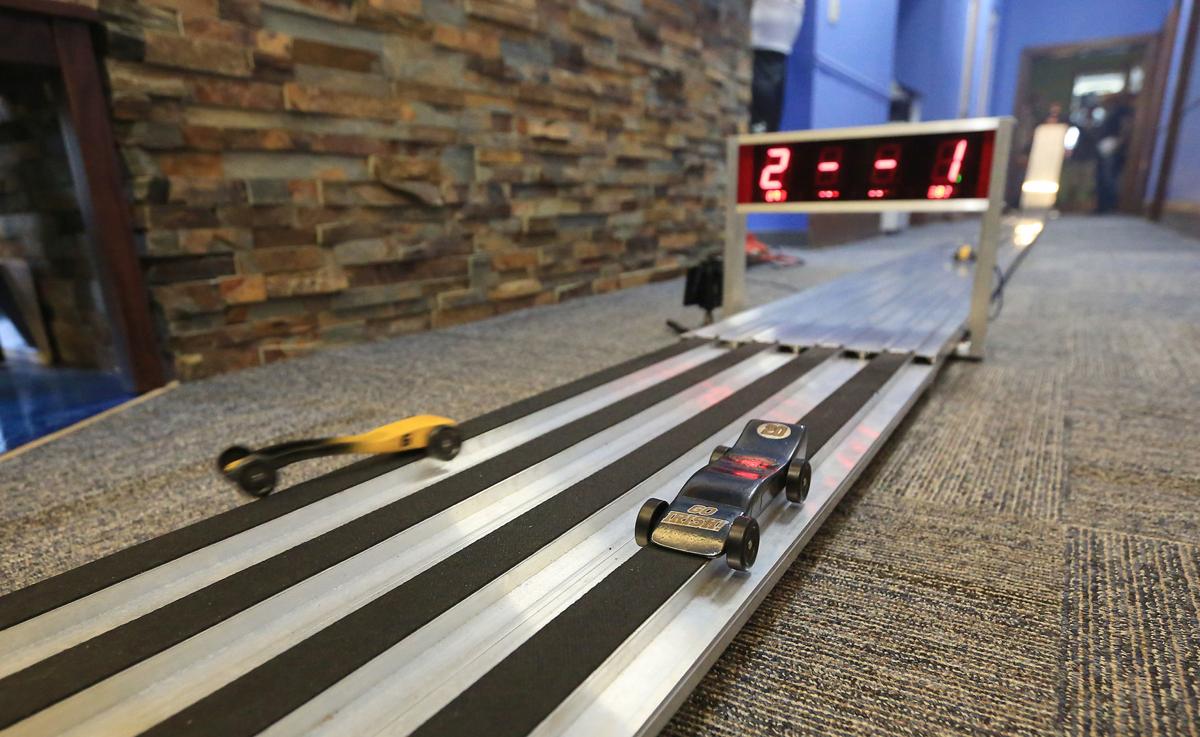 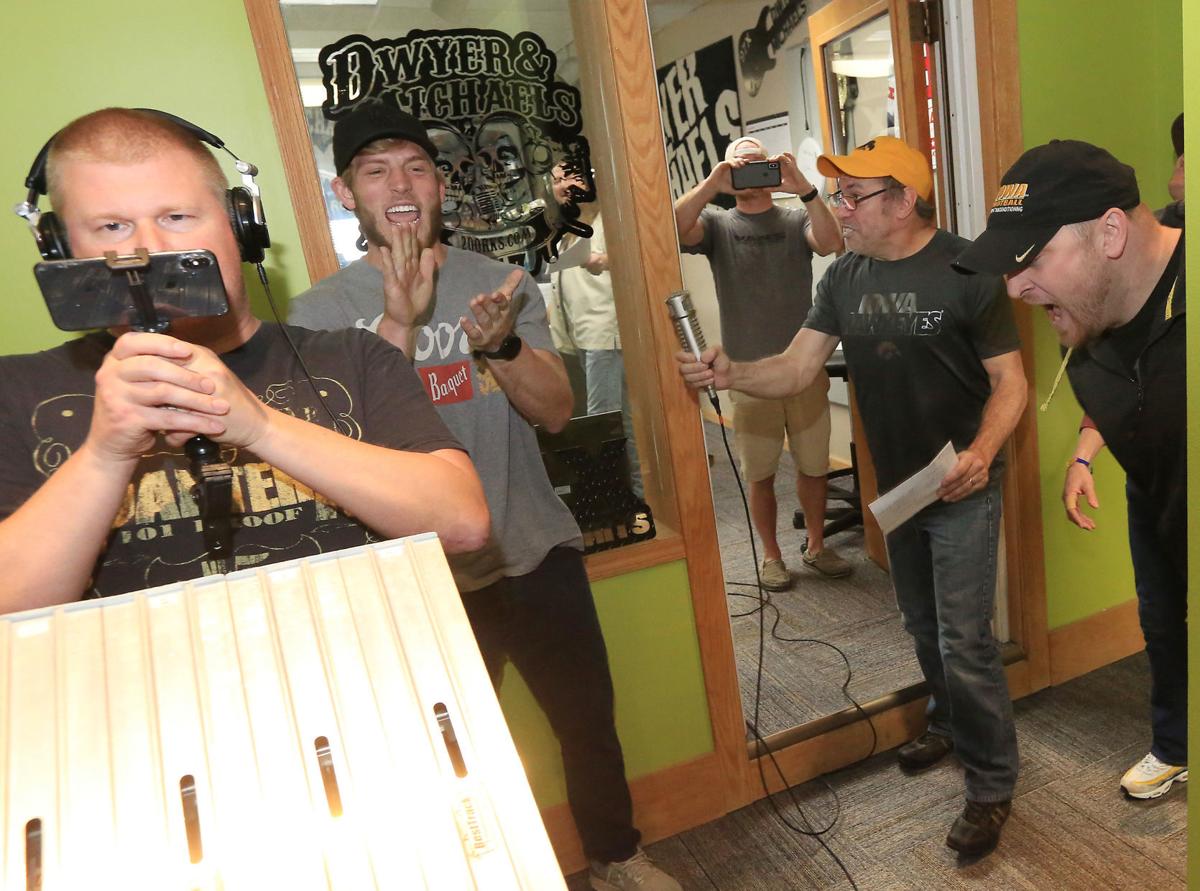 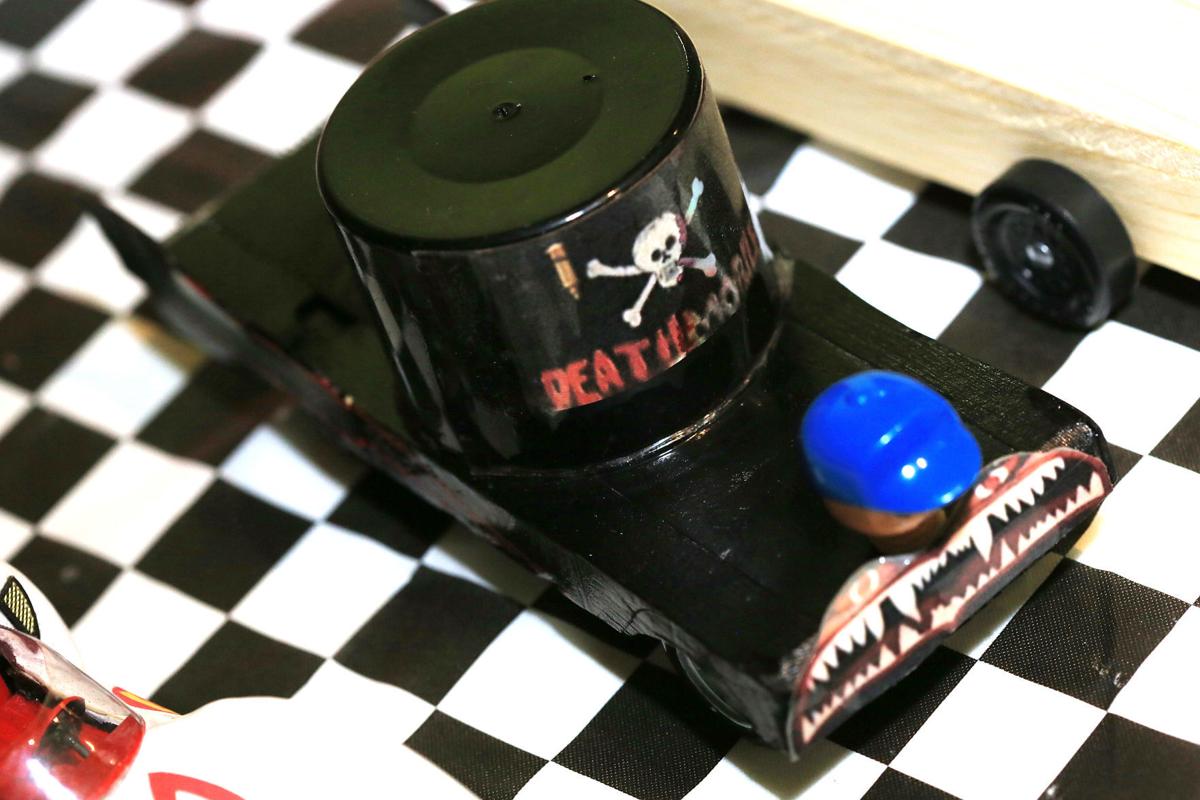 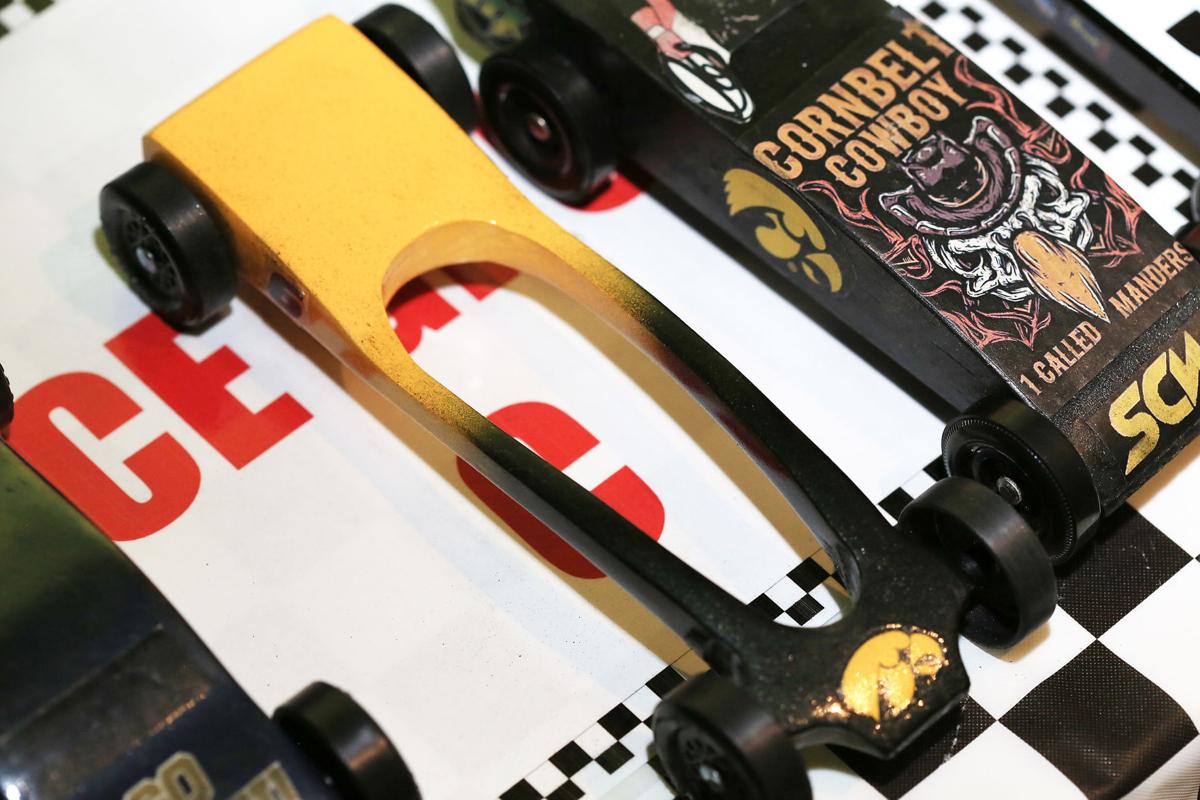 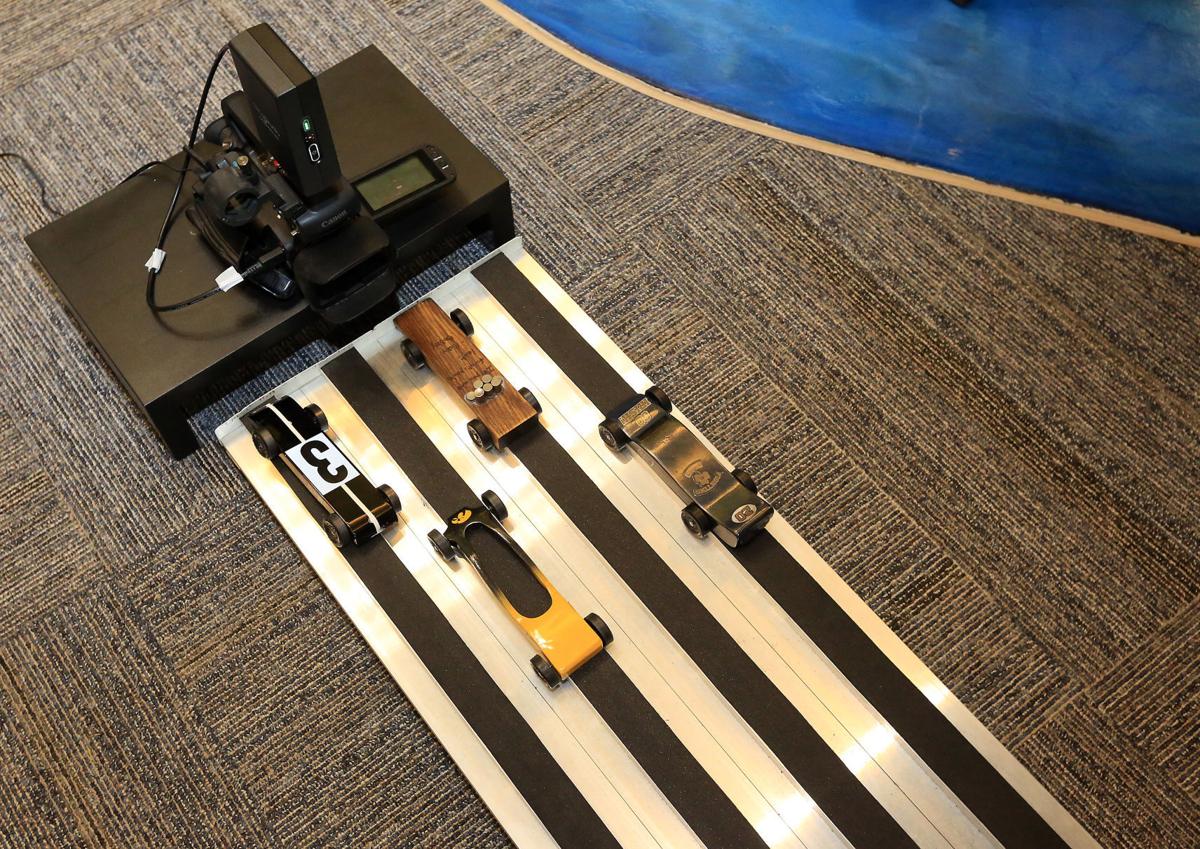 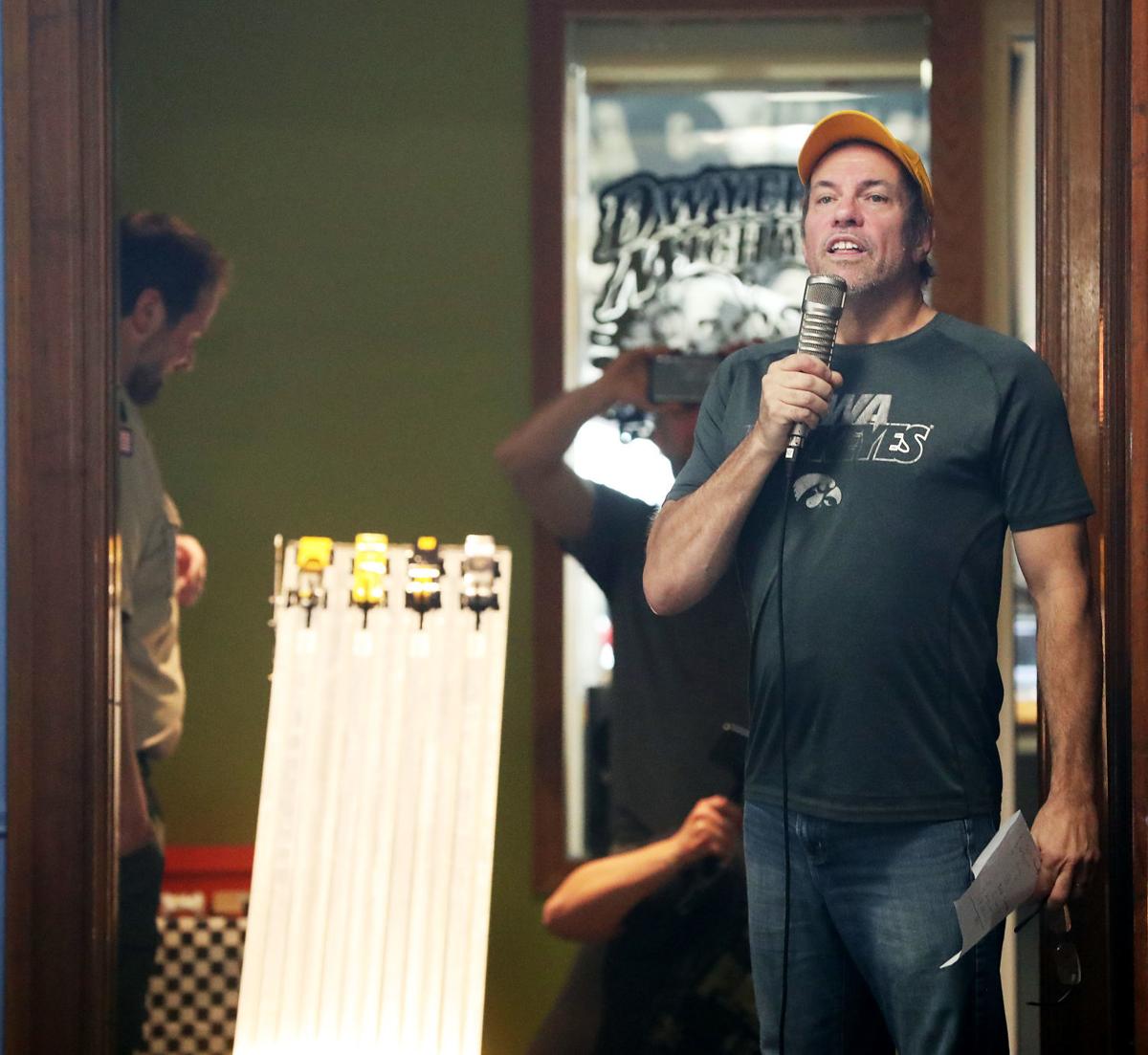 Bill Michaels looks for the all clear from the finish line during the first heat of the Dwyer & Michaels Celebrity Pinewood Derby races to Benefit local Cub Scouts at 97X radio station offices on North Brady Street in Davenport, Iowa Friday, May 22, 2020. 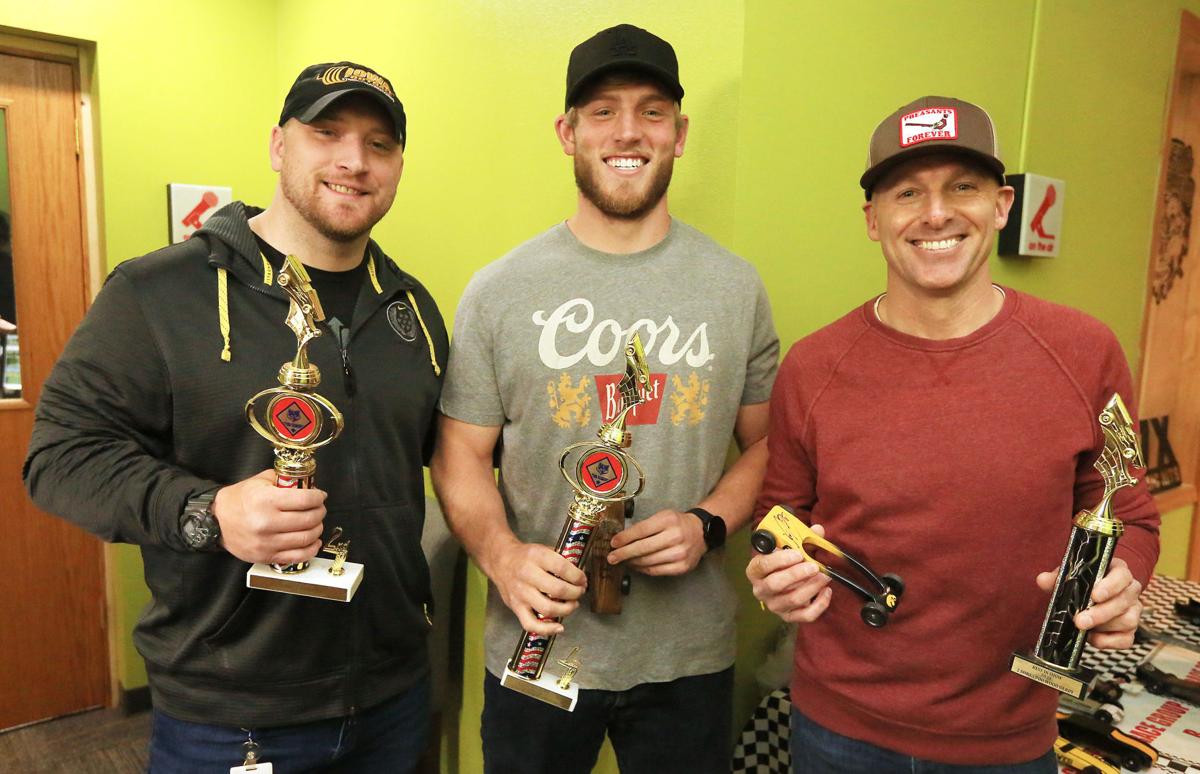 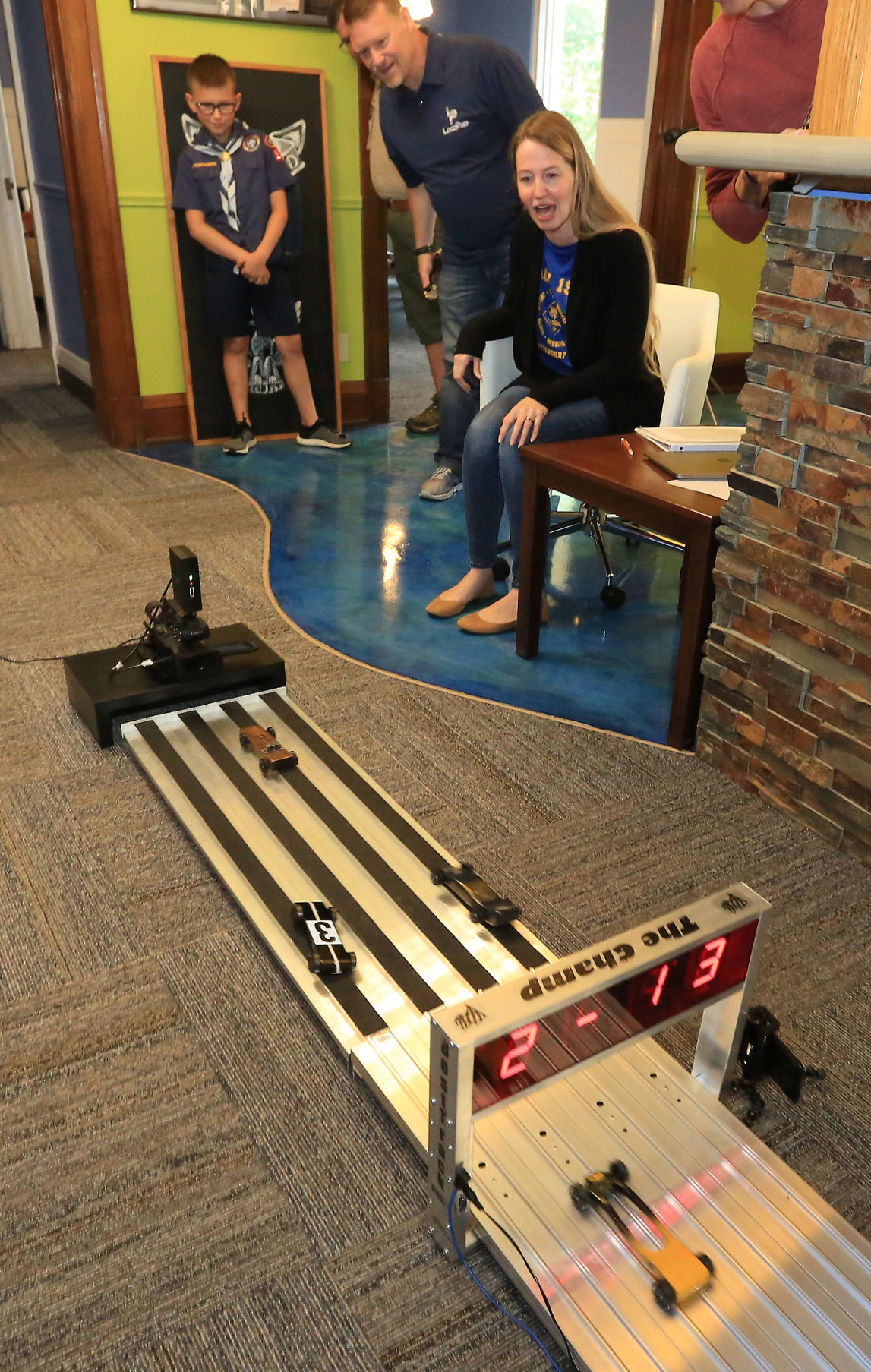 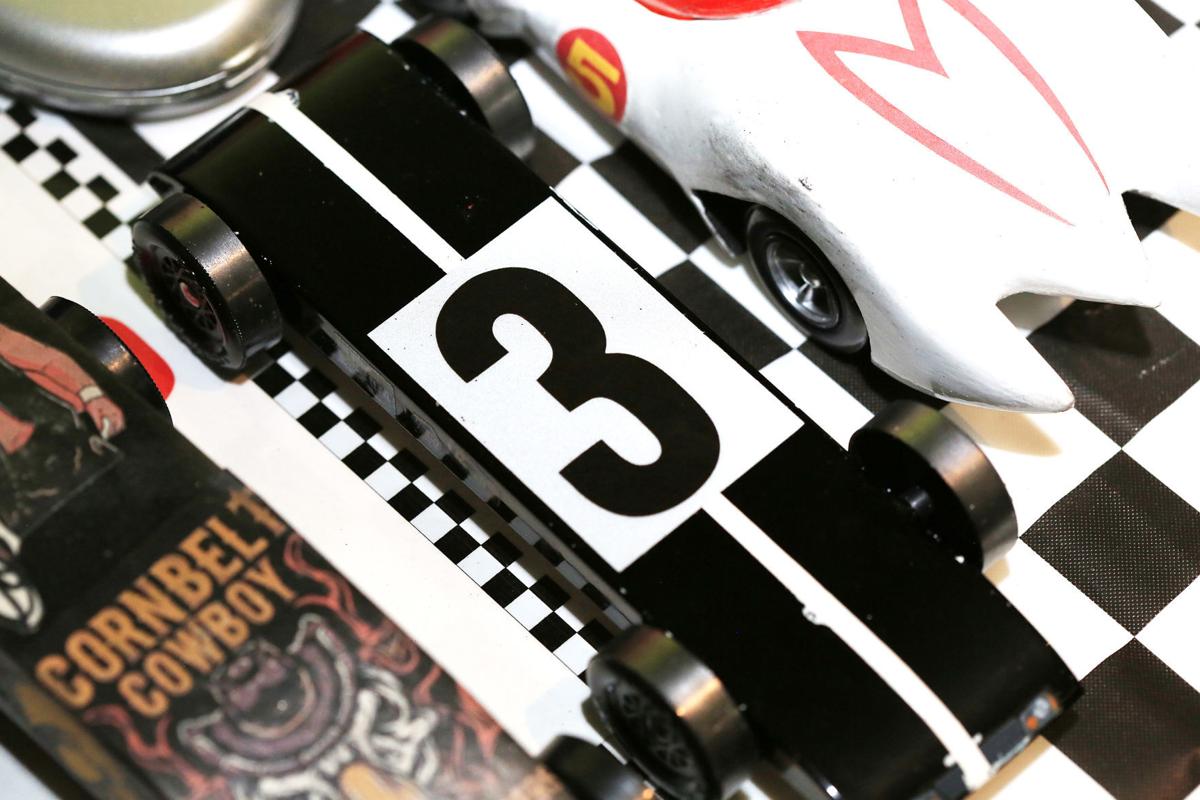 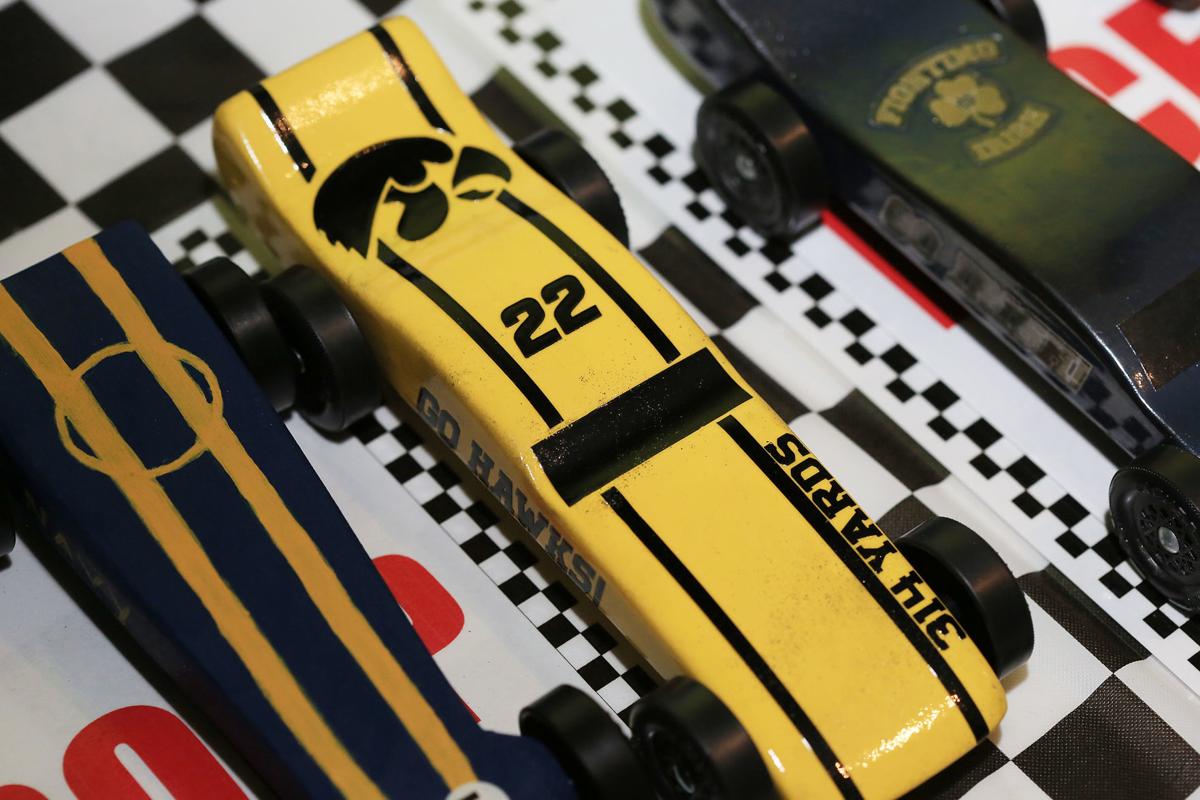 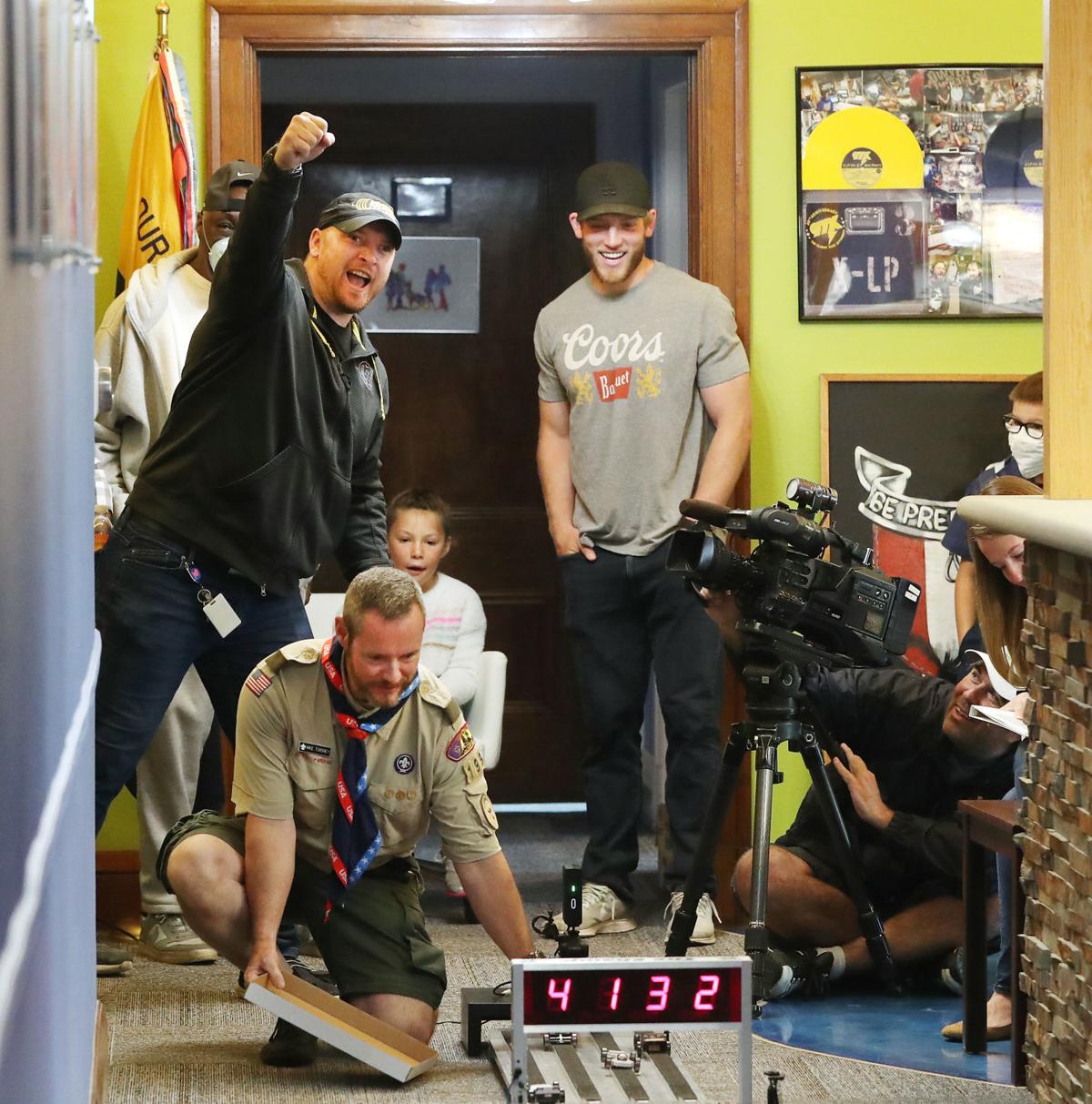 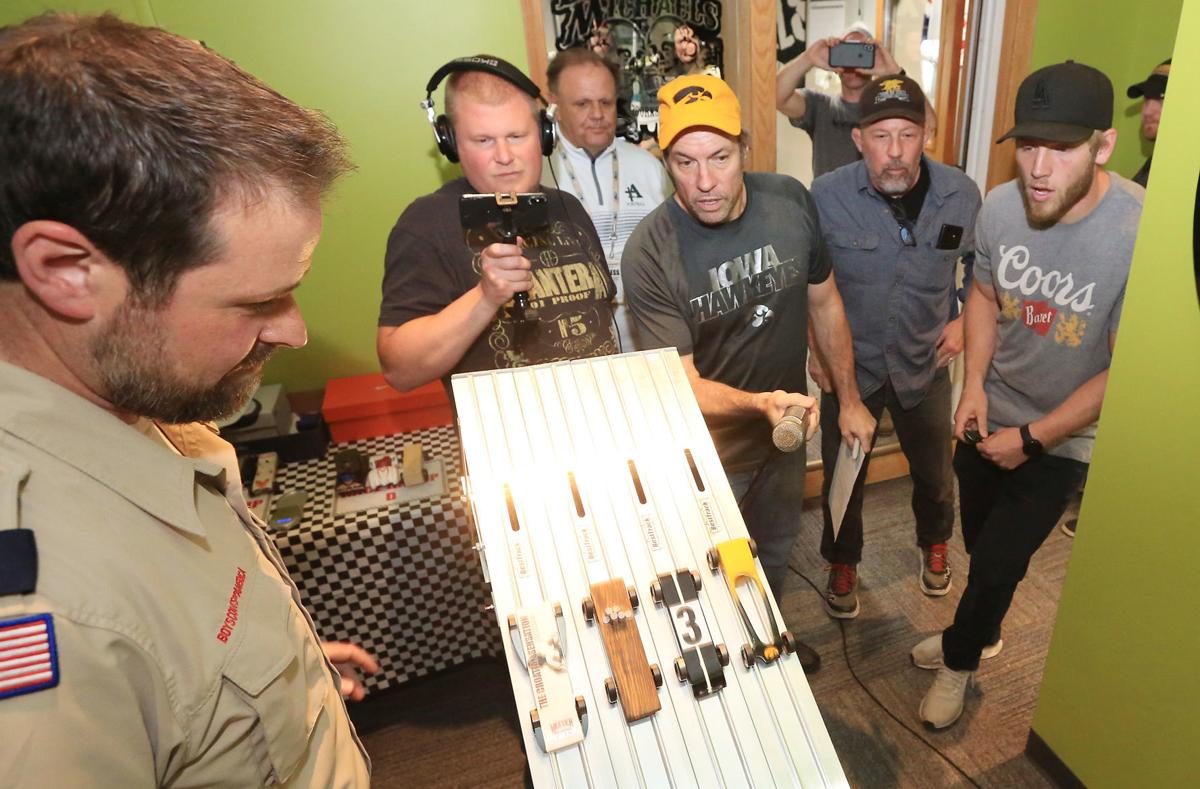 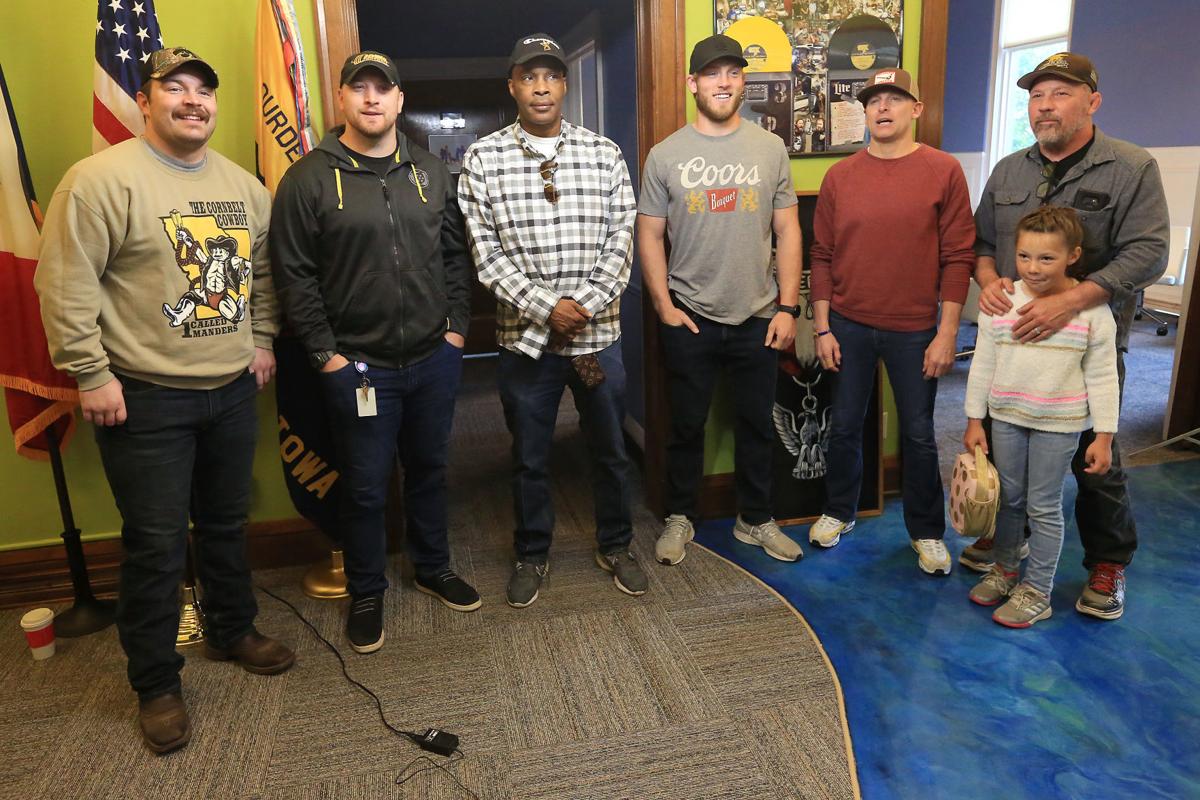 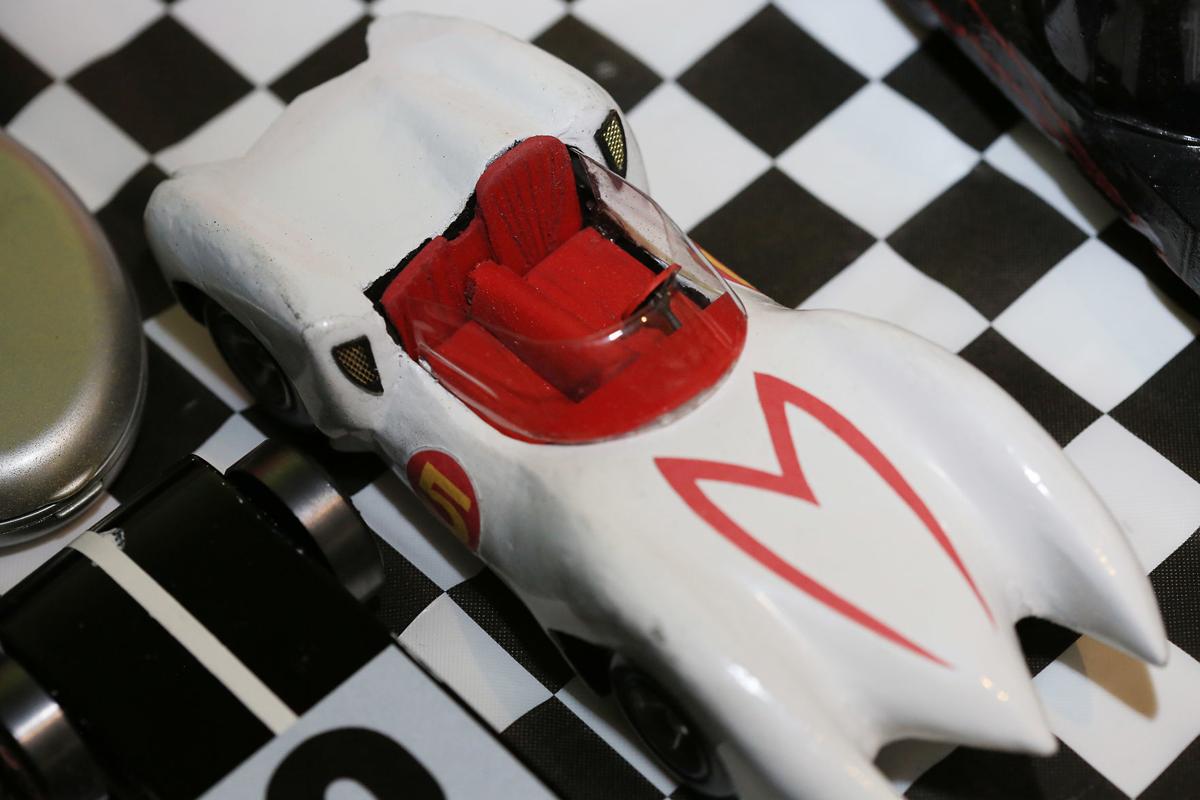 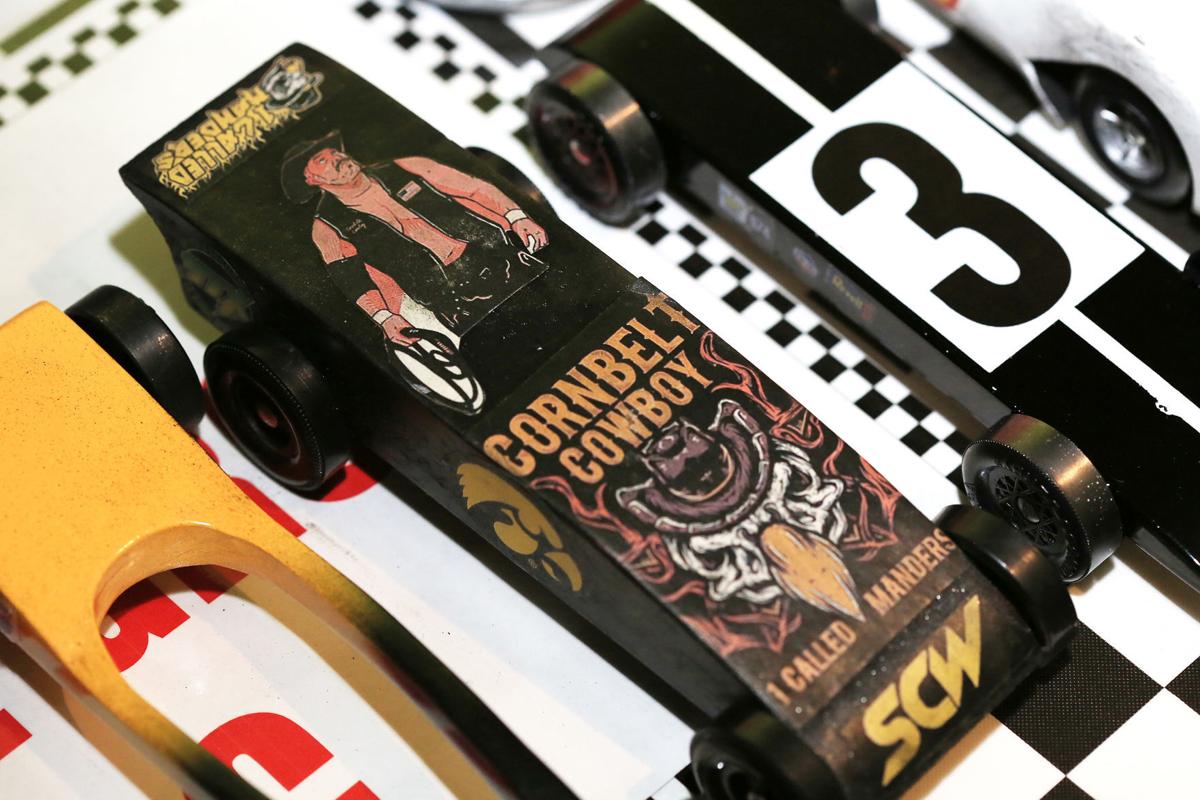 The Los Angeles Rams’ Jake Gervase is not a corner-cutter.

You don’t become an all-state football player at Assumption High School, or go from walk-on to starter at the University of Iowa, or make the National Football League as an un-drafted free agent, by beating the system.

Shortcuts are not in his DNA.

So imagine the humor — and I cannot emphasize enough how good-natured it was — watching Gervase — in the corner of radio station 97X Friday — armed with a Smith & Wesson folding knife — trying to trim a chunk of wood from of his victorious pinewood derby car.

“Let’s run it again,” Gervase said, moments after winning the celebrity portion of the 2Dorks Derby, benefiting local Boy Scouts. “I was told about 5 ounces is OK.”

Now in his second year with the Rams, Gervase was fresh from a fake tongue lashing from runners-up Pat Angerer and Tim Dwight, former Iowa and NFL standouts, who finished second and third, respectively, in the 2Dorks Derby.

“Cheeeeaaaater,” Angerer coughed, moments after it as discovered Gervase’s celebrity pinewood derby car weighed 5.1 ounces, a shade past the prescribed 5 ounces for derby cars, even though race officials never said a word about its weight until Angerer and Dwight jokingly challenged the championship race results.